So… exactly how do you come up with the correct amplifier and speaker combination? Well it isn’t really an exact science, takes a fair bit of explaining, and you should take great care and use common sense, or it could all end in tears.

Unlike 100v line amplifiers, you will find low impedance amplifiers and speakers on anything from HiFi Systems all the way up to Classical Music, Theatre and Rock Concert Systems etc. Low impedance amplifiers are the workhorses of today’s high quality sound systems and some will run down to 2ohms but also operate above 16ohms. All perform at their best in the 4ohm – 16ohm range which means two 8ohm speakers (these are the most common impedance speakers) daisy chained off one channel of the amplifier will give a 4ohm load, thus giving you the highest performance in terms of watts output the amplifier is capable of delivering.

2ohm amplifiers are available and will give an even higher power output than one that will only go down to 4ohms, however we never like to run a system down to 2ohms as you are right on the limit all the time, which just isn’t good. The higher the impedance load, the lower in terms of watts output the amplifier will deliver, so the 4ohm – 8ohm range is the best in terms of all round performance. You can alter the impedance load by changing the way you wire the speakers to the amplifier, thereby allowing you to increase the number of speakers above two 8ohm speakers per channel, without lowering the impedance load the amplifier sees, but we’ll keep it nice and simple for now using standard speaker cable wiring.

There are several measurements associated with amplifier and speaker power ratings such as AES, RMS and EIA and so on. The most common rating is RMS, and most say if your loudspeaker is rated for example at 250watts RMS, with an impedance of 8ohms, then a suitable amplifier should produce around 500watts RMS power at 8ohms. As you can see this equates to doubling the power of the speaker RMS rating when you would perhaps think a like for like match would be perfect?

Well, think of your amplifier and speaker set up as if it were a performance car engine. The UK speed limit is 70mph, however performance cars today have engines that can easily propel you up to around double that speed, instead of just hitting the 70mph mark flat out, which leaves nothing in reserve if you are close to the speed limit and want some extra overtaking power, if you see what I mean? The extra amplifier power therefore allows what we call headroom, which gives you plenty of reserve power to cope with a wide dynamic range, which is especially useful for the amplification of opera singers, classical music and other live music including a heavy bass content etc.

Common sense must come into play when matching amplifiers and speakers, and higher powered systems should also bring in the use of processing such as limiting and compression for added protection. If you use headroom power from the amplifier for too long a speaker driver will fail due to over use of the extra power. The same rules apply if using an amplifier with a much lower power rating than that of the speaker connected to it, as you could drive the amplifier into clipping, and a prolonged clipped signal from an amplifier producing for example half the RMS power of a speakers RMS rating, will also cause the speaker driver to fail. Speaker driver failure cause by clipping or over driving a speaker will not be covered by a manufacturers warranty, so be warned!

How do you know if you could be causing amplifier damage? Firstly some ground rules. When powering up a sound system the amplifier(s) should always be the last part of the sound system to be turned ON and first to be turned OFF when powering down the sound system. Preferably with the volume levels turned fully down before switching on and off. Also avoid sudden on/off switching as an amplifier needs to stabilise for several seconds once switched on, so if you turn it on and for whatever reason decide to turn it off straight away, wait a good 10 seconds before you do this or you could cause serious damage to the amplifier and/or any speakers connected to it.

How do you know if you could be causing speaker driver damage? Assuming you have correctly matched the amplifier and speaker power ratings, and have a good clean undistorted audio signal at the amplifier(s) inputs, without clipping, and a good clean undistorted sound coming out of the speakers, then generally, all is well. Over driving speakers with a good clean signal will usually produce a distorted sound from the speakers, which is the speakers way of telling you they are hurting and you are pushing them too hard, so turn down the volume level before causing any damage. Clipping the audio signal begins before you can hear it happening, and by the time you can hear the clipped signal (a sort of slight stuttering sound a bit like a cars rev limiter) it’s often too late, and again your driver will fail, even if the speaker drivers power rating is many times higher than that of the amplifier(s)!

If you wish to double the volume level of a particular amplified sound system, you have to increase the power around tenfold. For example, a 200watt amplifier is not twice as loud as one producing 100watts. The 200watt amplifier is likely to be only around 3db louder, which is only just noticeable to the human ear. You need an increase from the original 100watts of amplification to something close to 1000watts of amplification, based on the same speaker impedance loading, if you want to get twice the volume level, which is an increase of approximately 10db in the overall sound level. This is only an approximate guide as there are other factors involved.

You should seriously consider the audio quality of the amplifier(s) you choose as well as their reliability and value for money etc, as all these factors will vary from one amplifier to another. It’s not just the speakers, mixers, processing and microphone etc that determine the audio quality of a sound system, and people sometimes either forget this or they simply don’t realise the importance. Also, always use good quality heavy gauge speaker cabling and keep cable runs as short as practical. Remember, any sound system is only as good as the weakest part. If you put bell wire on the most expensive amplifier it will do you no favours at all.

Amplifiers with a large toroidal transformer (we call back breakers because of their weight) often sound smoother in the mids and highs of a speaker system, as they sound less harsh and gritty than some of the cleaner sounding digital amplifiers around today. This is a little like comparing a good valve microphone to a good transistor microphone. The valve sound smoothes things over, which often sounds more natural, whereas the transistor sound picks out every detail, often in a very clinical way, which doesn’t always produce the most natural and pleasing sound, strange though that may seem.

The newer light weight switch mode amplifiers are much better on the old back for starters, as they are usually around half the weight watt for watt, compared to the older generation amplifiers constructed with large toroidal transformers, and are usually much better sounding on subs. One reason for the superior bass reproduction of a switch mode amplifier is due to the way the power supplies operate, among other design features. If you want to go all technical, there are class A, AB, B, C, D, E, F, G and H amplifiers available, and if you wish to find out more about the pros and cons of each amplifier design, and decide what seems best for your own set up in addition to a listening test, then you can find out more by searching the web for detailed technical information.

The above information is some free basic advice and should be taken as guidance only, based on AES, EIA and RMS power ratings. If you do not lly understand or are uncertain in any way how to set up a sound system, then ask someone who is experienced and qualified to give you the advice and help you require.

We at Sound Hire accept no responsibility whatsoever for any loss or damage however caused to any equipment or person(s) including financial or otherwise based on the above information supplied. 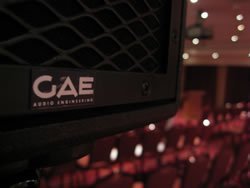